THANKS TO EVERYONE WHO CAME OUT FOR 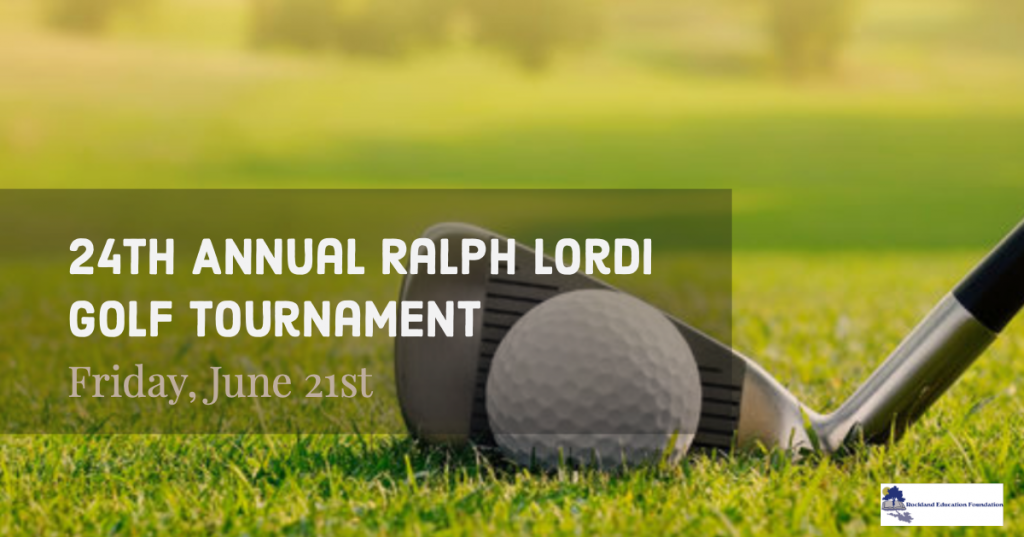 The Rockland Education Foundation is a non-profit volunteer organization which was founded in 1996 by Richard Phelps, Ralph “Gus” Lordi, and Scott MacKinlay with the support of individuals, organizations, and businesses who each donated $1,000 to get the Foundation up and running. These Charter Members shared a common vision, dedicated to improving the quality of education in the Rockland Public Schools. They were confident that the students’ educational experiences would be enriched if their teachers were given the funds to help bring innovative, creative, and exciting projects into the classrooms.

Every September staff members are encouraged to submit grant proposals which outline the projects that they would like to share with their students. These are reviewed by the foundation’s grants committee and funding is awarded in November. More than $665,000 has been given to the elementary, middle, and high schools in Rockland for innovative learning programs, computers, theatre productions, and new technology.

Since its inception, the Foundation’s goal has been to raise money and establish an endowment fund to ensure funding for future grant awards. The primary fundraiser is the Ralph ‘Gus’Lordi Memorial Golf Tournament that is held annually. In addition, many individuals have pledged $100 annually to be members of the Century Club; Memorial donations are often made to honor friends and loved ones who have passed away; and individuals donate throughout the year to support the extraordinary educational activities that are being funded.

We are committed to making a difference in the lives of students in the Rockland Public Schools.

Rockland Education Foundation Board of Directors

Read about the Rockland Education Foundation’s 2018 grants on our brochure page. 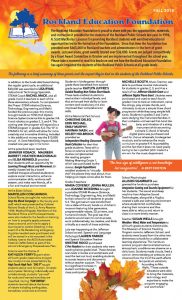